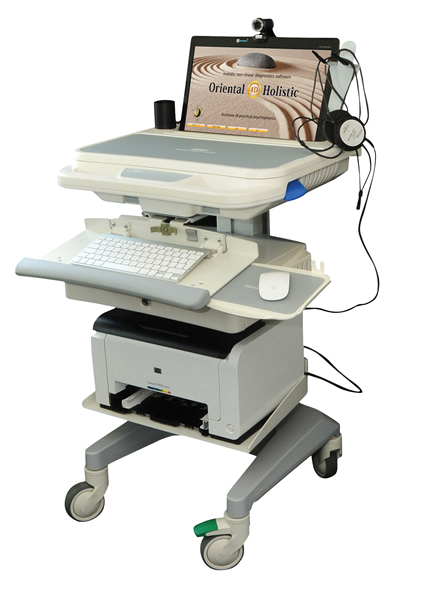 The researches of the Institute have created an analogue-free investigation system, which allows tracing any conditions in the body through changes in the wave characteristics of tissues of the body. Non-linear analysis systems (NLS) are the most advanced information technologies available in this century and can be considered the most remarkable and advantageous accomplishment of modern natural science. The diagnosis equipment is based on the spectral analysis of the vortex magnetic field of any biological object. It is quite unique and unparalleled in the world today.

The hardware-software system “METATRON” developed at the Institute of Practical Psychophysics enables a production of a preset bioelectrical activity of brain neurons, with this activity as a background it becomes possible to selectively amplify signals hardly detectable against the statistical fluctuations, and then isolate and decode the information they contain.

In a way “METATRON” system takes bearings of this radiation just where it originates in order to then decode and display it on the computer screen where a virtual model of the organ is produced in specific colors.

Computer models also give physicians a three dimension projection of internal organs. Colored marks placed upon the picture make it easier for the doctor to determine the site of pathological process. It is possible to judge the process of disintegration of these biological structures, and to make prognosis, by comparing the range of colors of the marks and their arrangement on the computer model of the organ, using the dynamics of their change over a period of time.

In order to define pathology in an area it is necessary to investigate deeper levels of the organ produced on the screen by the computer until the pathology nidus is localized. 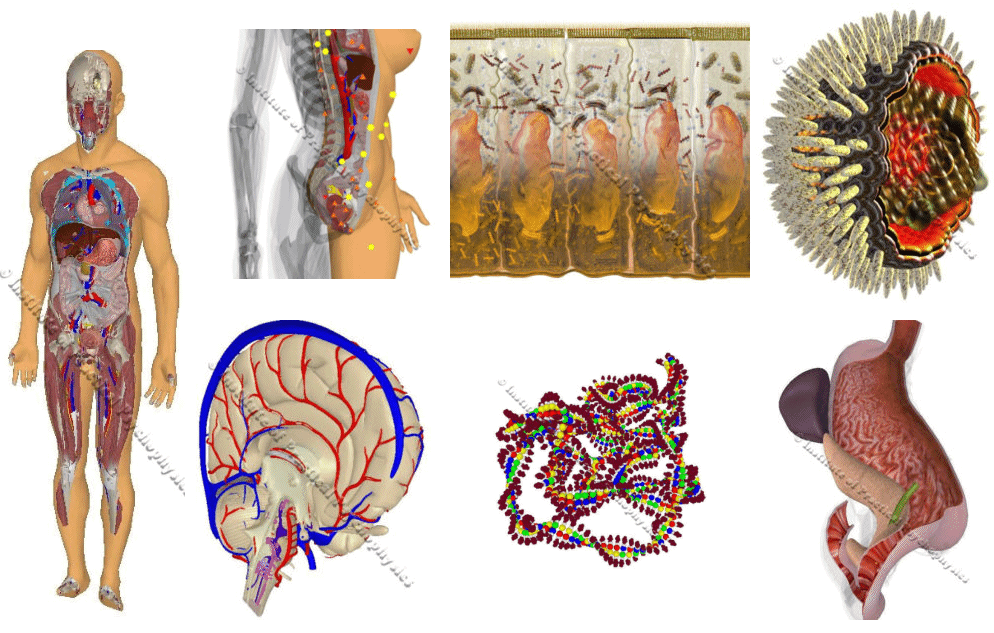 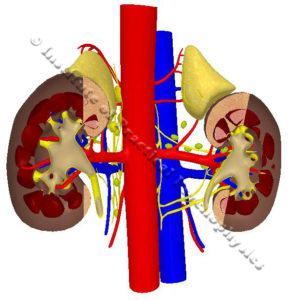 The researches of the Institute succeeded in producing this most effective equipment that is capable of tuning to the frequency of the master pulses automatically without human intervention, as well as, detecting and correcting defects and pathologies in organs and body cell on its own. This is achieved through combination of different specifically modulated magnetic oscillations recorded on a matrix. The fundamental concept in the development of this equipment was the hypothesis that the human body has an electromagnetic information framework that is able to respond to external radiation.

In 1950 in Germany R. Folle discovered and worked out a system of electrically testing the acupuncture points of human body.

Unlike Folle’s electro-puncture diagnostic method in which the energy potentials of organs and systems are measured through biologically active points (BAP) which show the organ condition indirectly (often with considerable error), the NLS method of analysis developed by the Institute of Practical Psychophysics makes an evaluation of the organ condition directly due to the resonance amplification of the radiation signal of the organ under investigation using a non-invasive trigger sensor. Every organ and every cell has its own distinctive oscillations which are stored in the computer memory and can be displayed on a screen as a graph, which represents the conditions of the information exchange between the organ (tissue) and the environment. Every pathological process has its own distinctive graph.

The program contains lots of pathological processes’ graphs with all progressive stages shown with age, sex and other variations taken into account. After reading the frequency characteristics of biological object under investigation, the system compares the degree of their spectral similarity with healthy or pathology affected tissue or infection agency to obtain the closest pathological process or tendency. In case the processes are similar, virtual diagnosis mode allows carrying out of differentiated diagnosis of each process.

Another wonderful opportunity offered by NLS-analysis is medical testing. The system provides a unique opportunity of recording the frequency fluctuations of any preparation and adding them to the many thousands already held in database. The system then searches for a remedy that has the closest spectral characteristics of the pathological process and selects the most efficient remedy.

Even in those rare cases when clinical symptomatic is very typical, NLS diagnostic method allows seeing additional information about the amplitude of defect and judging about prognosis. In majority of cases it has principal significance for prompt prognosis and right treatment choosing.

The inventor of NLS diagnostic system (“METATRON”) is considered to be academic Svyatoslav Pavlovich Nesterov, who in 1988 invented a trigger sensor, and thus found the idea of the system.

Non-linear diagnostic method is still being developed. Methods are improved very fast, so the versions of the system are renewed every six months. By means of using of new systems with digital trigger sensors NLS diagnostic becomes not only faster, but quality was increased also. It is obvious that dynamic methods, such as 3D visualization of research results, soon will be put into practice.

Differing from computer tomography and NMR, NLS analysis does not require fields of high intensity. This method looks promising for metabolism researches, especially at the cell level.

NLS method improved not only by means of introducing new technical inventions, but by new applications. Simple surgical manipulations, such as biopsy, for a long time carried out with the help of ultrasound, fluoroscopy and computer tomography. Now biopsy can also be controlled by NLS.